Origin of the Easter Egg

Thanks to The New Theological Movement for its blog on the Easter egg. Here is a re-post in toto:

The origins of the Easter egg: The Resurrection, St. Mary Magdalene, and the Lenten Fast 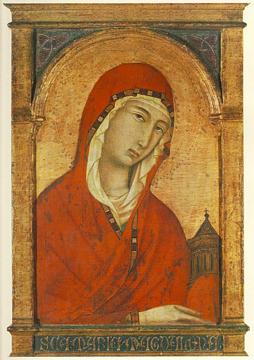 The egg as a symbol of the Resurrection

Probably the most well known explanation of the Easter egg today is the symbolic representation of the Resurrection. As the egg appears to be lifeless, yet holds much life within itself; so too, the tomb appeared to be utterly lifeless, but from it Christ arose. Of course, we mention here that there is a great difference in the way a chick comes forth from the egg and the way Christ came forth from the tomb – for our Savior walked through the walls of the sealed tomb. 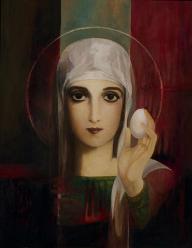 There are numerous traditions which connect St. Mary Magdalene with the Easter egg. According to one account, the Magdalene had brought a basket of eggs with her to the tomb on that first Eastern morning. Upon reaching the tomb, at the angelic proclamation of the Resurrection, the eggs turned red. Another tradition connects the Easter egg with Mary Magdalene’s later preaching about the Resurrection.

The historical origins of the Easter egg traditions

Whatever we think of the symbolic nature of eggs and the traditions surrounding St. Mary Magdalene, the most likely origin for the modern tradition of the Easter egg is rooted in the ancient practice of the Lenten fast. In times past (and still today in some places in the East), in addition to abstaining from meat, Christians abstained also from eggs and from all milk-foods (e.g. milk, cheese, etc.). Moreover, this fast was not only kept on every Friday, but was maintained on all days throughout the entire season of Lent. Thus, on Easter Sunday, the children (and, I am sure, the adults) were very happy to be able to eat meat and eggs again. This looking-forward to the end of the fast eventually developed into the tradition of the Easter egg. Consider the following words from the Catholic Encyclopedia: “Because the use of eggs was forbidden during Lent, they were brought to the table on Easter Day, coloured red to symbolize the Easter joy. This custom is found not only in the Latin but also in the Oriental Churches.” For more on why we fast from meat (and, in times past, also from eggs and milk-foods), consider our previous article.

← Mt. Athos: A Touch of Heaven on Earth
Homily: Third Sunday of Easter – Were not our hearts ablaze… →