Applause for Msgr. Pope: A Brief Rant on Tattoos 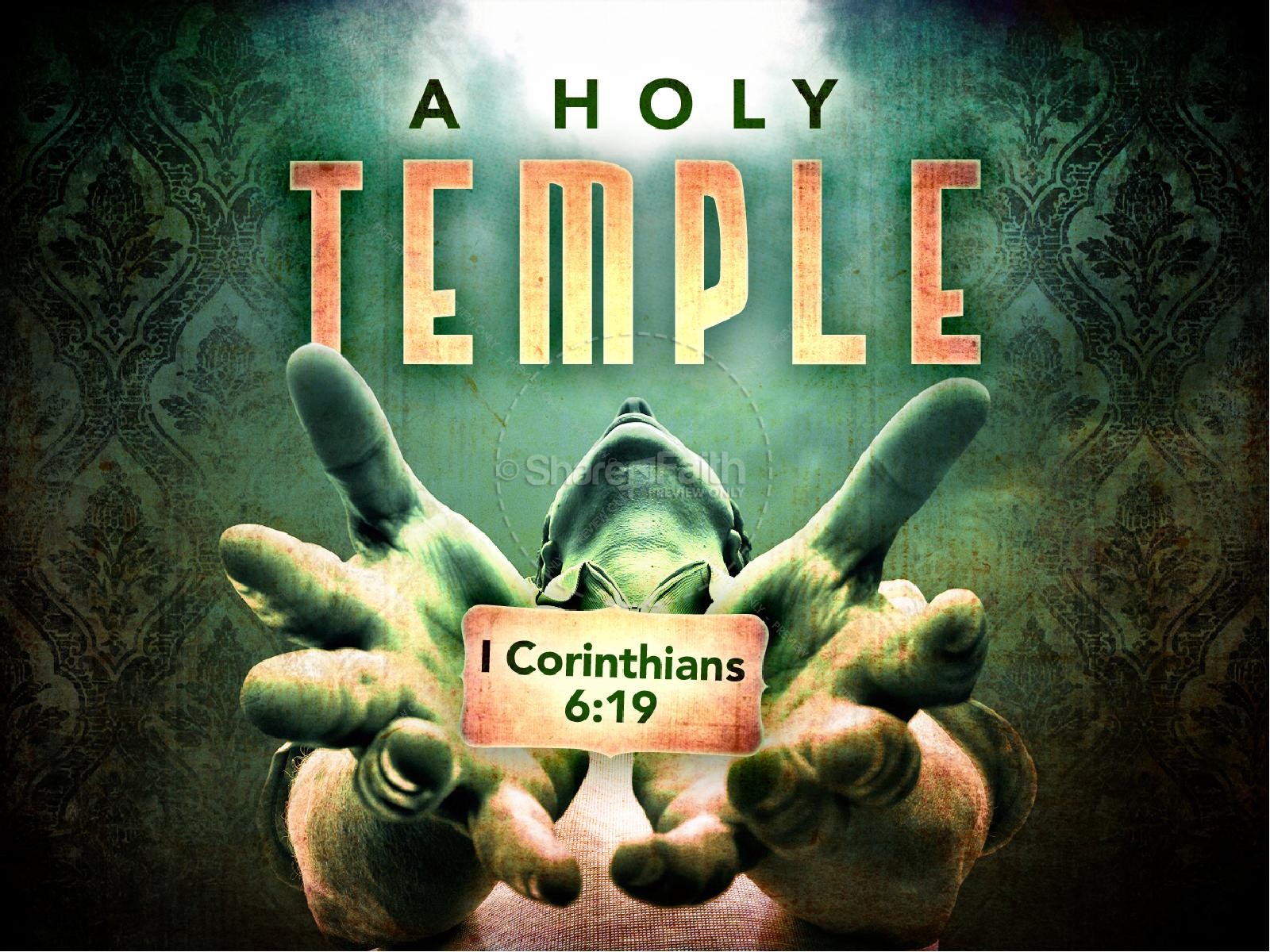 A number of years ago when I was working with the military and Job Corps, I heard too many sad stories of young men and women who were denied entry into military service due to tattoos. It is such an issue now that recruiting stations require to see your tattoos in order to look up the meaning of the words and symbols. Yes, ladies and gents, your tattoo artists cannot be trusted…as many of the prospective recruits discovered. Turns out the Farsi characters did not mean “I love you” but a references against the US or a racial slur, which might be a problem in the Middle East if that is where you procured it.

To be honest, I find it incompatible with Christian sentiment. Even today, tattoos are associated with rebellion (Did you really show your mom that tat?), college stupidity, drinking and subcultures that one day you will be embarrassed to admit you were a part of. Do need to mention the collective memory of tattoos, the Jews and World War II. I have met too many new female graduates and interns thinking their butterfly tattoo on their lower back was cool. Of course, they enter the business world and discover that the tramp stamp or arse antlers is quite frowned upon. Even better, office policy requires all of them to be covered if you want to be hired.

For myself, I managed a number of clients (left and right wing clients) that required a high degree of professionalism. Two of my staff were young ladies who had tattoos on the back of their necks. They chose to wear their hair up one day which opened them up to a number of comments that were very inappropriate. I had to shift their duties because of tattoo – I was not happy because I suddenly was under staffed. And yes, the comments were not their fault; however, it drew the attention of the Association President who then mentioned the lack of professionalism in their appearance. Oh, ladies, hip-huggers and low riders in dress slacks are always inappropriate in the business arena especially when you have lower-back tattoos.

BTW, you who want to be Youth Ministers, many diocese (including mine) now have policies that do not allow you to be hired if there is a possibility your tattoo may be seen. Parents do not appreciate them either and we do not care if they are religious oriented. The fact is that it has been and continues to be a non-starter in obtaining and retaining a job. Shoots, event the Navy discharges their sailors for various tattoos.

The following is right off the Archdiocese of Washington’s blog page. The response threads were fantastic as well.

“Neither shall you tattoo any marks upon you: I am the LORD.” A Brief Rant on Tattoos

Sometimes I admit to feeling very old. I am only 50, but I find myself horrified by so many cultural trends. High on my list are the freakish (according to me) “body art” trends which involve piercings that make me wince when I see them. Lips and noses, tongues, cheeks, eyebrows (and other body parts I cannot mention on a family blog) are disfigured by unattractive “hardware” that interferes with their God-given purpose, and which also must be horrible breading grounds for bacteria and infection. I wince when I see it.

Tattoos as well, once thought of as the implements of drunken sailors and tramps, have become the common fare of many people. They remain to me (apparently an old fogie at a mere 50), a sign of grave immaturity and make me question the person’s judgment. I also find them disfiguring and disturbing in that they cannot (until recently) be removed. What a terrible thing to disfigure one’s body permanently in a moment of poor judgement and youthful folly. Sorry that’s just the way I see it, it is an innate response.

One sad and poignant moment I remember from about ten years ago was when a very pretty bride and her groom came in for marriage prep. I thought she was so pretty, and then she took off her jacket, and lo, and behold, two of the largest tattoos I have ever seen on both her upper arms. I mean they were big, and nasty blue. They would have shocked Popeye the Sailor. I had to ask her, but she just shrugged and said I sounded like her father. At the wedding she decided that big blue tattoos and a sleeveless wedding gown didn’t look traditional enough (I’ll say!), and so she tried to cover them over with makeup. But it was a hot a humid day, and before you knew this very pretty girl took on the appearance of a longshoreman. So sad. I can’t imagine what she was thinking when she did something so awful to her body.

You may say, keep your opinions to yourself Father, tattoos are way cool. But actually it is not merely my opinion. For God too looks askance at the practice, and actually forbids tattoos in one place. As the practice became widespread in the 1990s I often reminded people from my pulpit and the bulletin of the scripture forbidding of the practice:

You shall not make any cuttings in your flesh for the dead, neither shall you tattoo any marks upon you: I am the LORD. (Leviticus 19:28)

It would seem that God did not intend for the skin to be a canvas or a bill board. It is a shocking thing to permanently alter ones appearance, particularly when we consider that our bodies are not our own to simply do with as we please. For again, Scripture says,

Do you not know that your body is a temple of the Holy Spirit, who is in you, whom you have received from God? You are not your own; you were bought at a price. Therefore honor God with your body. (1 Cor 6:19-21)

Some may wish to argue that the Levitical outlawing of tattoos was more a concern for idolatry than tattoos per se. But then I must ask, Is not the modern faddish practice rooted in a kind of idolatry all its own? It is all the rage, and the obsession to fit in, (no matter what God might say, or that the body belongs to Him and is his masterpiece), is a kind of idolatry all its own.

I realize that many who have tattooed themselves acted in ignorance of the Leviticus text. But it is not a text simply to be ignored, and once it is known, it seems to me that we ought to accept that God is not pleased with the practice of tattooing, and cease practicing or praising it.

Imagine then my delight to read that tattoo removal is now becoming easier and more requested by those who realize they made a huge mistake in getting a tattoo. From today’s Washington Post:

She arrives quietly, coming in from the rain after work. She lies down on her stomach atop a sleek, white reclining chair. She lifts her shirt and tugs down her jeans slightly….to unveil a large pink flower tattoo with fat, webby green leaves, which she’s here to have lasered off her lower back. She wants to become a mother someday, and she doesn’t want her children to see this…..she starts crying. “I was only 18. It was a homemade tattoo done at a party…..I wasn’t thinking about what it meant, you know? Little did I know it meant something else — like people calling it a ‘tramp stamp.’ I’m a Pentecostal, and the body is a temple. And I felt really ashamed.”

If tattoos are the marks of an era — declarations of love, of loss, of triumph, of youthful exuberance or youthful foolishness — then tattoo removals are about regret, confessions that those landmarks are in the past. They’re about the realization that whatever you believed in with such force that you wanted it eternally branded on your skin is now foreign to you.

Getting a tattoo, once the province of sailors rather than suburbanites, is so mainstream that tats are inked at the mall and seen on everyone from Middle American mothers to H Street hipsters to Hollywood starlets.

Perhaps not surprisingly, a parallel trend is emerging: tattoo removal, with dozens of businesses and training schools opening across the country…..Tattoo removal by a super-powered laser seems like a facelift for young people, a chance to start over, erase, rewind. Like deleting a bad photo from a digital camera or defriending a Facebook friend.

While older lasers burned off the skin, Slavin’s new model interacts only with the ink and “makes it shake and makes it break,” he says. But it still hurts — it feels like hot rubber bands snapping against your skin, most removers say — and often is more painful than getting a tattoo.

“When it’s all said and done, I’m just not that guy anymore,” says Corey Newman, 29, who is getting married in May and wanted to get three tattoos removed: …He is spending $2,500 to take off tattoos that cost $600 to put on. “I am starting a new life now,” he says. “There’s a big difference between being 19 and 29.”

During a recent week, Saler’s appointment book included distraught mothers dragging their daughters in; ex-gang members with street tats who don’t want to be killed; professional women who are applying for office jobs…..aspiring CIA and FBI agents, along with other law enforcement operatives.

Burly, tattoo-faced Wayne Stokes, 34, arrives. He’s on his sixth session of a removal that might take up to 25.

He has tattoos on his face, neck, hands and chest. Both eyes are encircled by a black leopardlike….design….I wanted to look tough,” he says. “People ask me every day, ‘Why did you do it? Why did you put yourself through that pain of tattooing your entire face?’ I’ve realized I don’t have to keep that trauma on my body.”…when the tattoos are off, he wants to mentor abused kids.

Now that the painful decision to get rid of the tattoos is over, the physical pain begins. ….He gets into the chair and squeezes a ball as the laser hits his skin, turning parts of it red and then frosted white as the ink crystallizes into smaller particles that will be removed by his body’s immune system….Stokes says. “Sometimes I do dread coming in. But it’s the end result. “I want to look in the mirror and see myself again.”

These are excerpts. The Full Article is in the Washington Post is here: Rethinking the Ink

To this new procedure I can only say, thank God. And I hope the procedure will become less painful, less expensive, and that people will run (not walk) to avail themselves of it. I live for the day when the terrible era of “body art” (both piercings and tattoos) will be over. We are wonderfully and fearfully made from the hand of God. I only wish God had sent along a little tag: “Do not cut, pierce or ink, you’re fine the way I made you.”

A little make up and little work with the hair, fine, that’s working with what you have, but permanent alterations, cuttings and piercings that interfere with function are rejecting what God has made. We ought not do it.

← Trinitarian Feasts of Martyrs
The Historical Date of Christmas →

2 Responses to Applause for Msgr. Pope: A Brief Rant on Tattoos