The Beauty of the Cistercians

Thanks to the New Liturgical Movement blog for this inspiring story.

Ordinations and Continuing Surge of Vocations at Heiligenkreuz 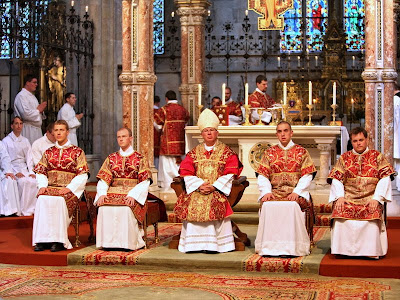 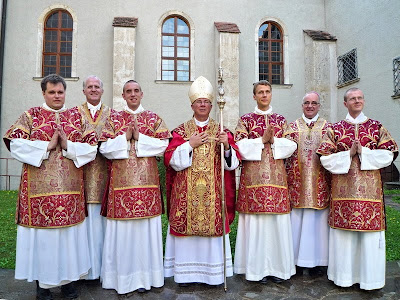 There also is a video:

This is part of a truly wonderful vocational development at Heiligenkreuz. On the Sunday before the ordinations, on the Feast of the Assumption, seven monks have made their perpetual vows; and today, at First Vespers of the feast of St. Bernard, seven new novices were accepted and clothed: 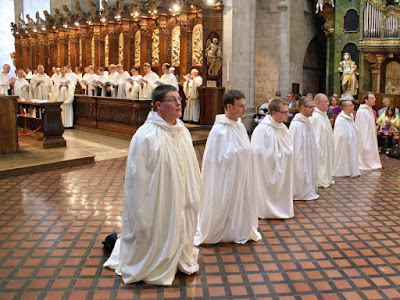 Counting all monks and novices, there are as of today 88 cistercians at Heiligenkreuz.